Last week we were sent the next set of concept drawings for our new house. These are 'sketches' which appear to be dashed off but are actually carefully manufactured using design software. At this point we are meant to react to the overall theory of the house and its placement in the landscape. But there are lots of tantalizing details in what we received and it is hard not to fall down the rabbit hole of fussing over things that aren't clear yet in the architect's mind.

Here are some of the fancy images we received. I think it is too early to classify these as renderings - they are meant more to set a mood than to be terribly informative. Even so, we can see some ideas we like. This is what the street side will look like. We love the horizontal lines of windows which are high up in the nearest box, at kitchen counter height in the next, and at floor level in my studio. 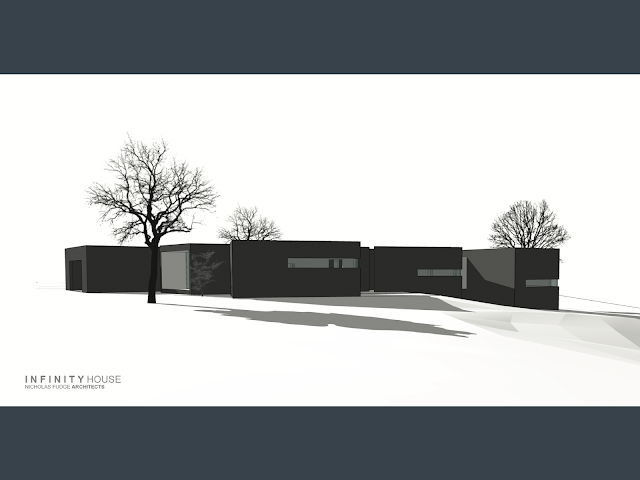 And here's the other side of the house. I thanked the architect for making me appear skinnier than I really am. That lovely window up high on the left is sort of in my studio. In fact, George's office is in that space as well and he gets the window. He has decided to arrange the furniture so that he will have a comfy chair in the window. Maybe I will be able to borrow that seat occasionally. 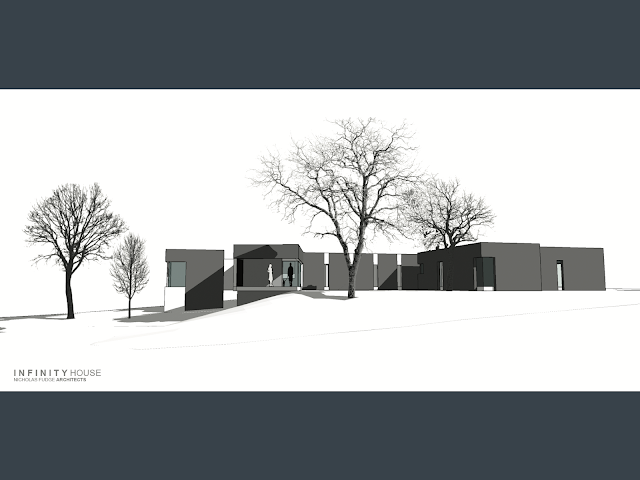 By the way, there are no trees on that part of the property. They are another figment of the architect's imagination. I guess they are there for scale. They just make me giggle.


Posted by Christine Nielsen at 3:30 PM