There has been a long break between posts due to multiple causes and distractions. First among the distractions was puppy Tock. He is now six months old and is willing to sleep while I work upstairs, after a little whining about not being included. He has been a dream puppy but even the most perfect creature needs some guidance in the first few months. I was also really really sick and had some significant responsibilites as SAQA rep.

But spring is now here and I am inspired. During a trip to Maine over Easter weekend I became consumed by the thought of a series which is somewhat based on the theme of the galloping cat of the poem. My mind was spinning with ideas for piece after piece. More than a month later the concept is even more firmly rooted in my consciousness. Right now it feels like something I could do for the rest of my life.

All of the pieces will be large - 6 feet or so - and will be shaped like a running cat but the form will likely be distorted in many ways. Think a basket, a ball, a writhing cat. I also have ideas for a transparent piece. My friends are teasing me that the one after that will be invisible.

I have done some quick and dirty mock ups and am satisfied that I am on the right track. I am now ready to do refined work on two smaller pieces - each 4 feet in length - to test ideas and construction techniques. These will still be maquettes because they will mostly be composed of commercial fabrics and I will do very little work on the surface other than stitching. If I like what I see I know where I will go from there.

There's nothing much to see yet but I have made many decisions. Here are a couple of tests for edge treatment and construction of one of the two cats. These aren't the fabrics or thread I'll be using with one exception. I did some zigzag stitching to secure raw edes using Superior MonoPoly. Nice stuff. In the darker color it will be very useful. 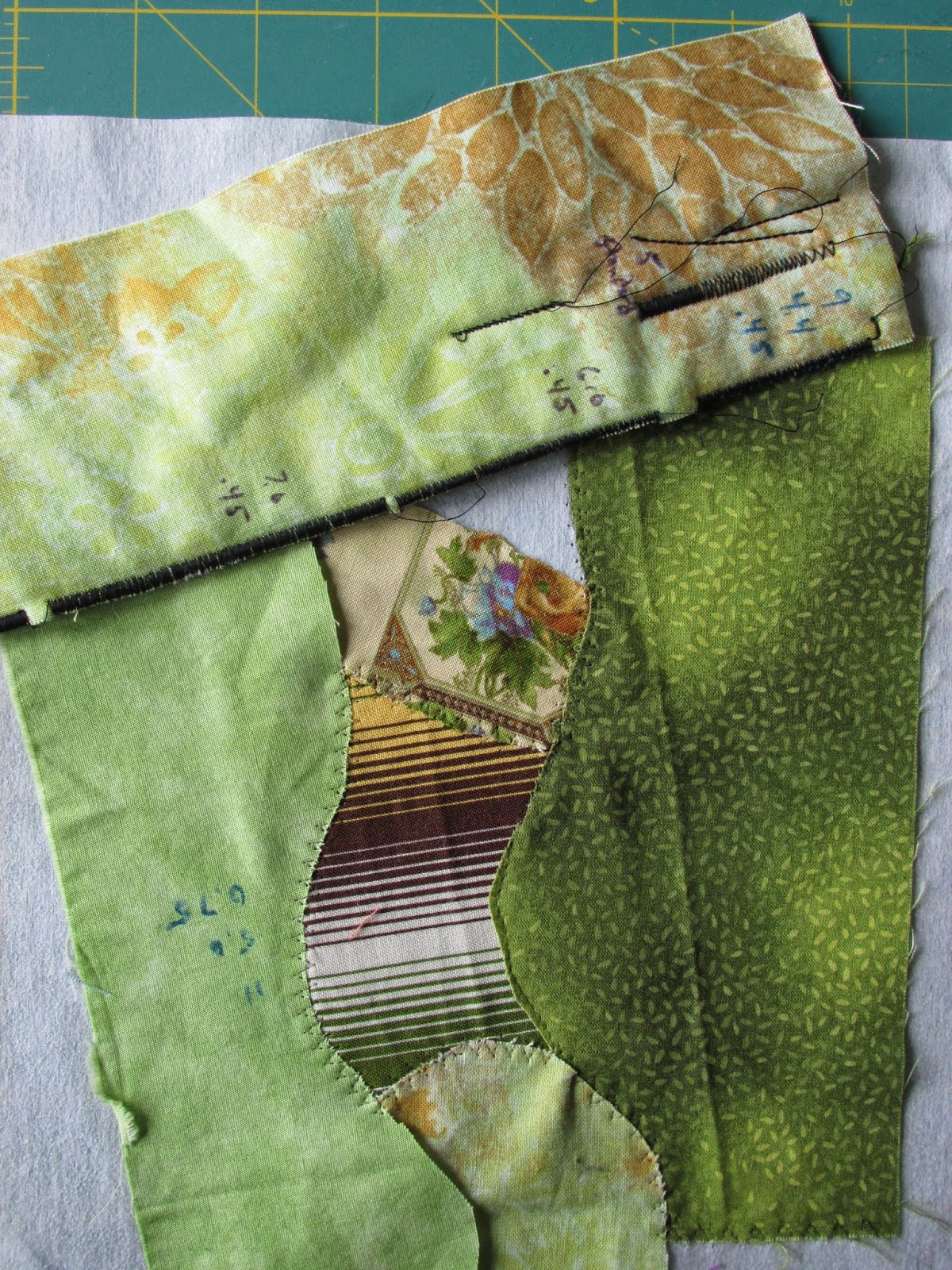 Posted by Christine Nielsen at 1:11 PM