At last - a use for that yarn

Many years ago my friend Joan and her family took a summer vacation on Prince Edward Island. They visited Belfast Mini Mills and had a wonderful tour of the mill. Their experience is what prompted my visit a few months ago. Joan came home with a beautiful yarn that had been produced by the staff at the mini mills operation. It was a two ply yarn, about 100 m/50 g, in a really unusual combination of colours. There is green and orange and a pinky colour. It almost glows in both skeins and balls. When I saw her yarn I asked Joan if she would mind if I ordered some to arrive by mail. She said I should go ahead so I bought three or four skeins.

Over the years both Joan and I have struggled to find a project that made best use of the yarn. Both of us have knit up and ripped out projects. A few months ago Joan asked if I would sell her one of my skeins because she had finally settled on a pattern and needed more yarn. I was happy to help by supplying a skein - I still didn't have any ideas about how I would use my lot.

Last week I had to go to a series of doctors' appointments, at the same location but separated by hours. I had finished my gift knitting but I needed a project to make the waiting bearable. I poked about on Ravelry and found an interesting hat pattern. Then I went into my yarn room and grabbed a couple of things that appealed to me. I took a heathered brown in Cascade 220 and a skein of the PEI yarn. The pattern I had chosen used two colours in two row stripes.

About ten minutes after I started the striping I realized why we had been unable to make effective use of the beautiful and unique yarn. It needs help to stand out. It needs a backdrop against which to glow. When knit up on its own it just looks weird. With another yarn it looks exotic.

I finished the hat a few days later. George will wear it and seems to like it. He went and peered at himself in the mirror the first time he put it on.

Lesson learned. The next time I struggle with an unusual yarn I will pair it with a solid which will help set if off. 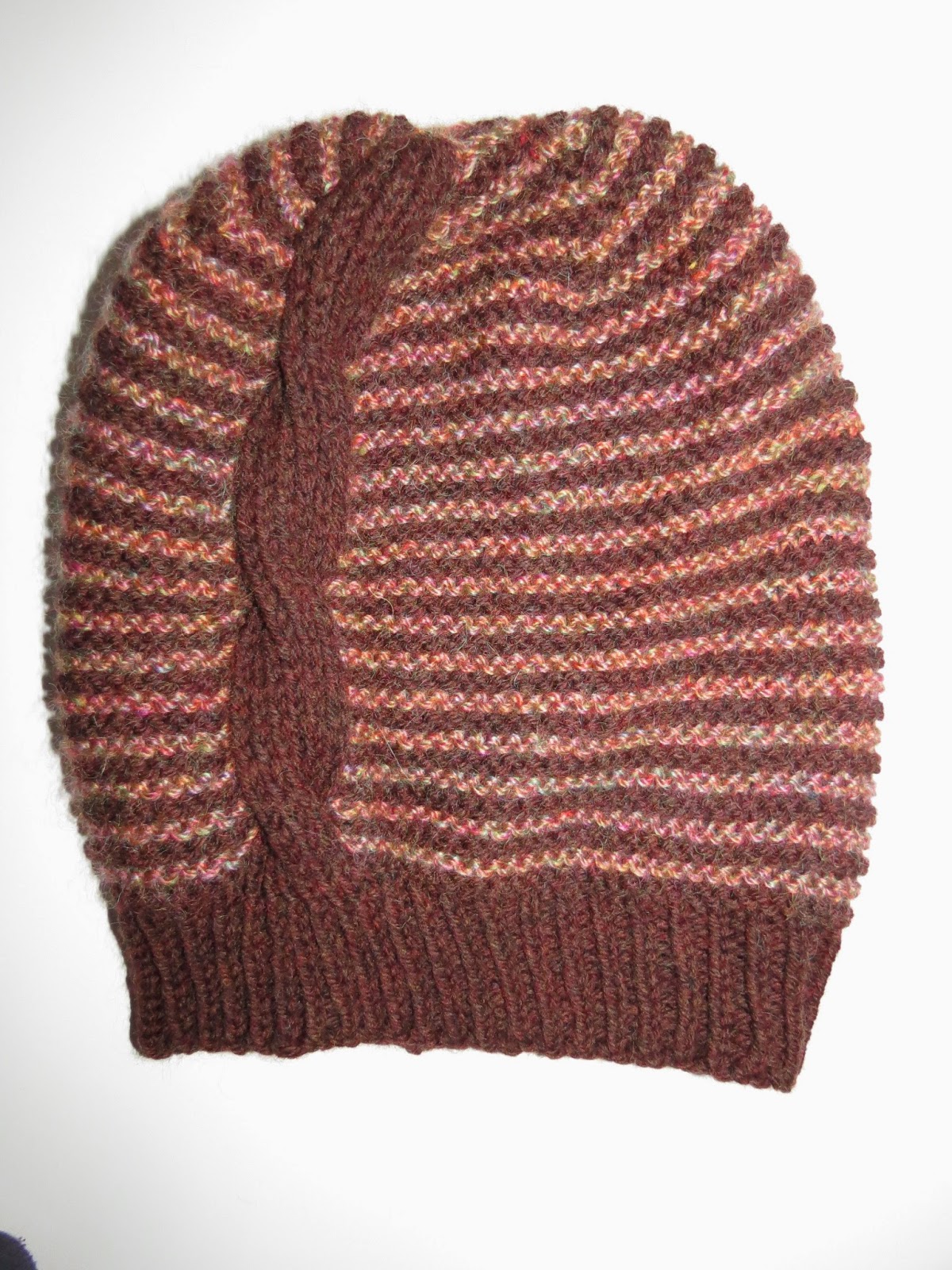 Posted by Christine Nielsen at 4:41 PM

Email ThisBlogThis!Share to TwitterShare to FacebookShare to Pinterest
Labels: knitting