After I was dischargedfor the hospital I had to turn my mind to the problem of what to make family for Christmas gifts. After my bike crash in August my right thumb made it difficult to knit so I knew that I might have to crochet something, at least to start with. I cast about for ideas and for reasons I cannot now remember I hit upon a pattern for a crocheted and stuffed bear. It was not just any bear. It was large and idiosyncratic and I laughed as I looked at all the versions on Ravelry.

My mother already has several stuffed bears (realistic, not teddies) and she had also admired the rose covered bear in the Oh Canada! exhibit when she saw the photo on this blog. So I decided to make the bear for her. I ordered yarn from a wonderful Maine manufacturer in colours that I thought would lend an aged look to the finished product. When the yarn came one colour was not what I expected. Luckily I found a good substitute (in the same type of yarn) in my collection. There was a lot of crocheting and to make it more complicated the pattern called for units made with six different size hooks so there was also a lot of organization required.

Some of my friends were quietly doubtful about the project. I think some wondered about the bear concept and others did not like my color choices. But I knew I was on the right track when the time finally came to join the units together to form legs and arms and a head and body. The ears, in particular, delighted me. They were a perfect shape and very fleshy.

As soon as the project came together I began to wonder about the bear's gender but decided that wasn't up to me. And I also thought about and researched clothing. I spent far too much time seeing if I could size up American Girl patterns. Since I didn't have time to make anything I purchased two types of ribbon which my mother could choose to put around the bear's neck

I photographed and packed up the bear and the other gifts I had made and shipped them to Maine. I truly did not know the reaction it would provoke when my mother unwrapped it. 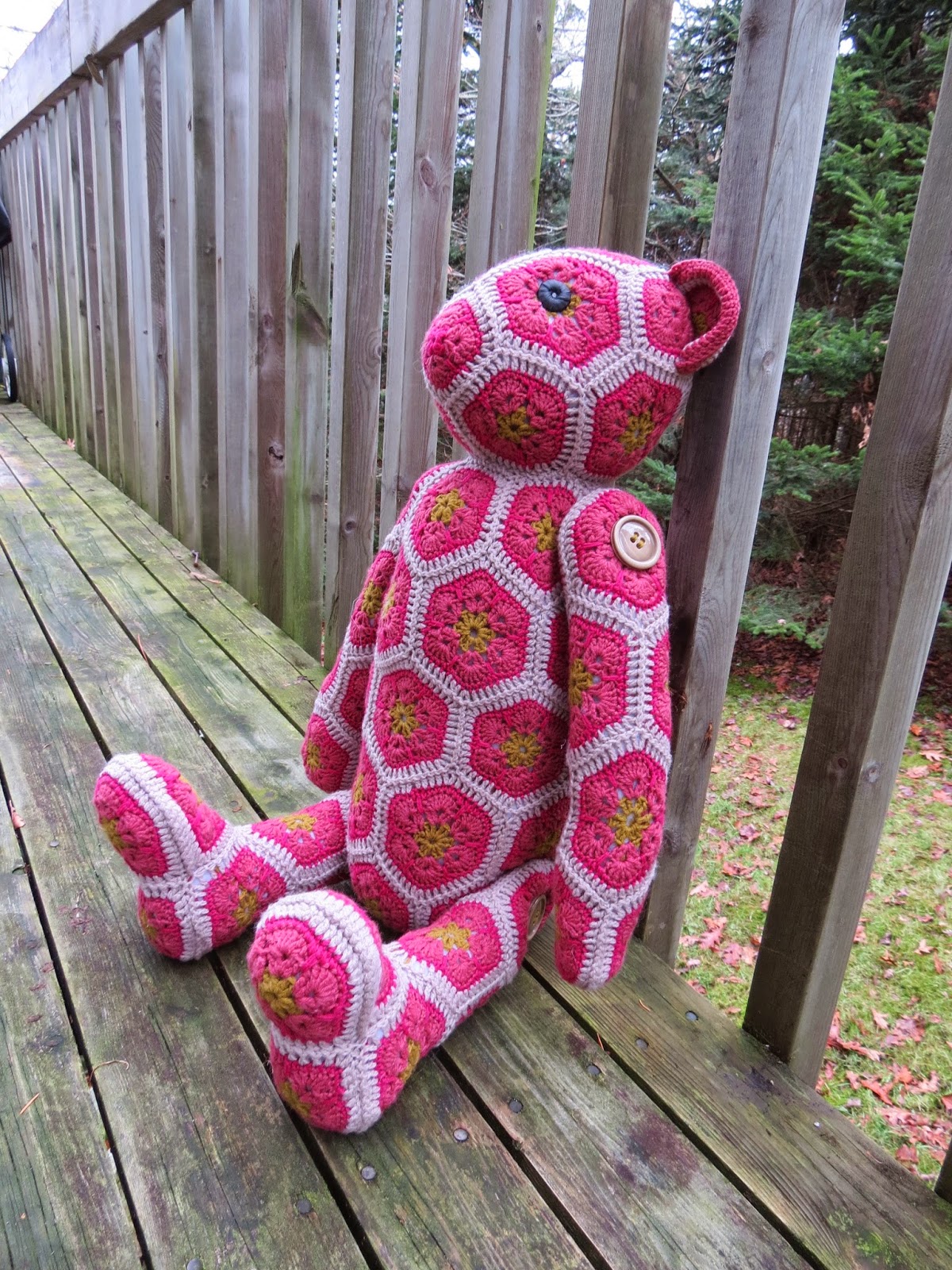 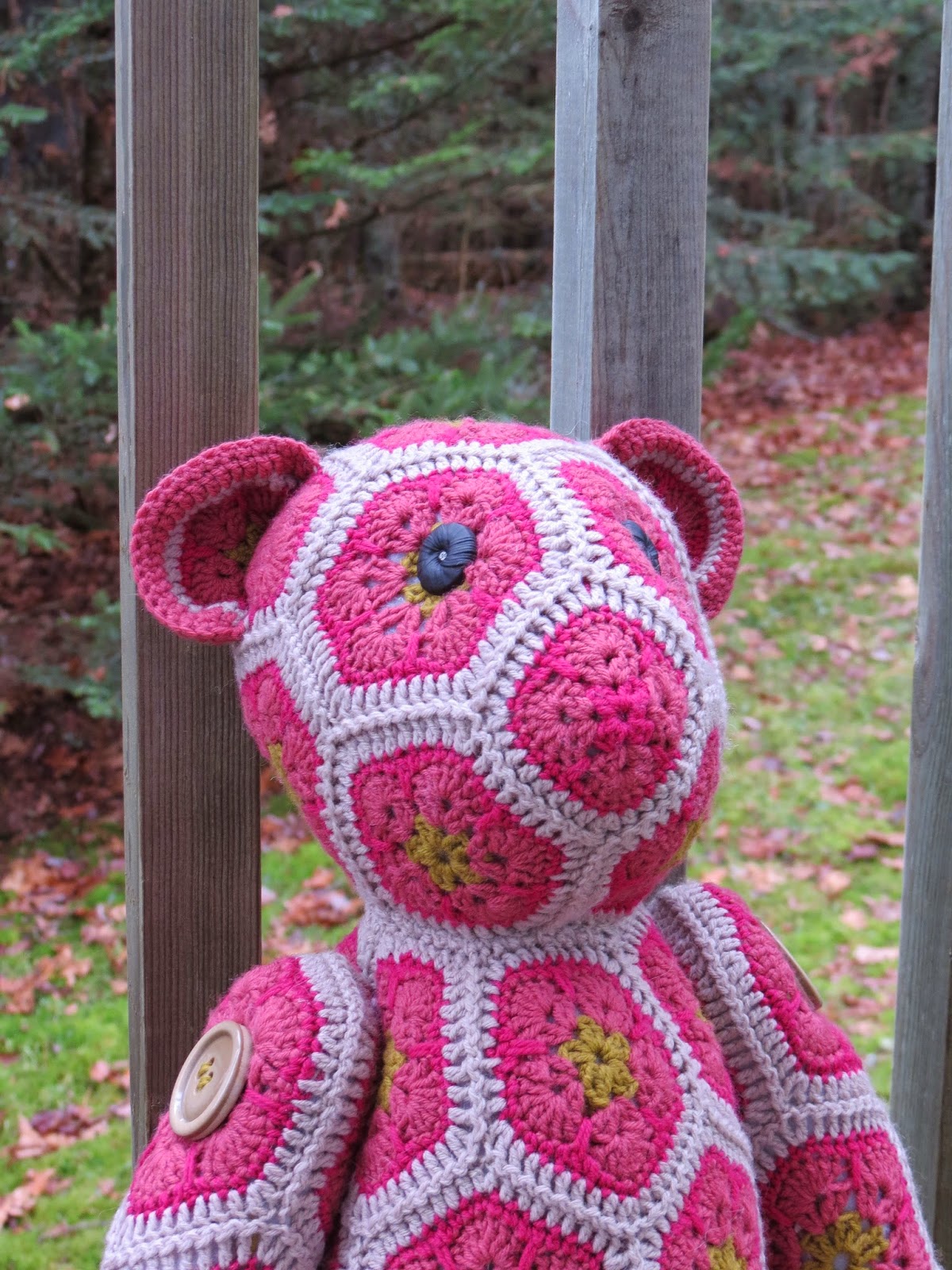 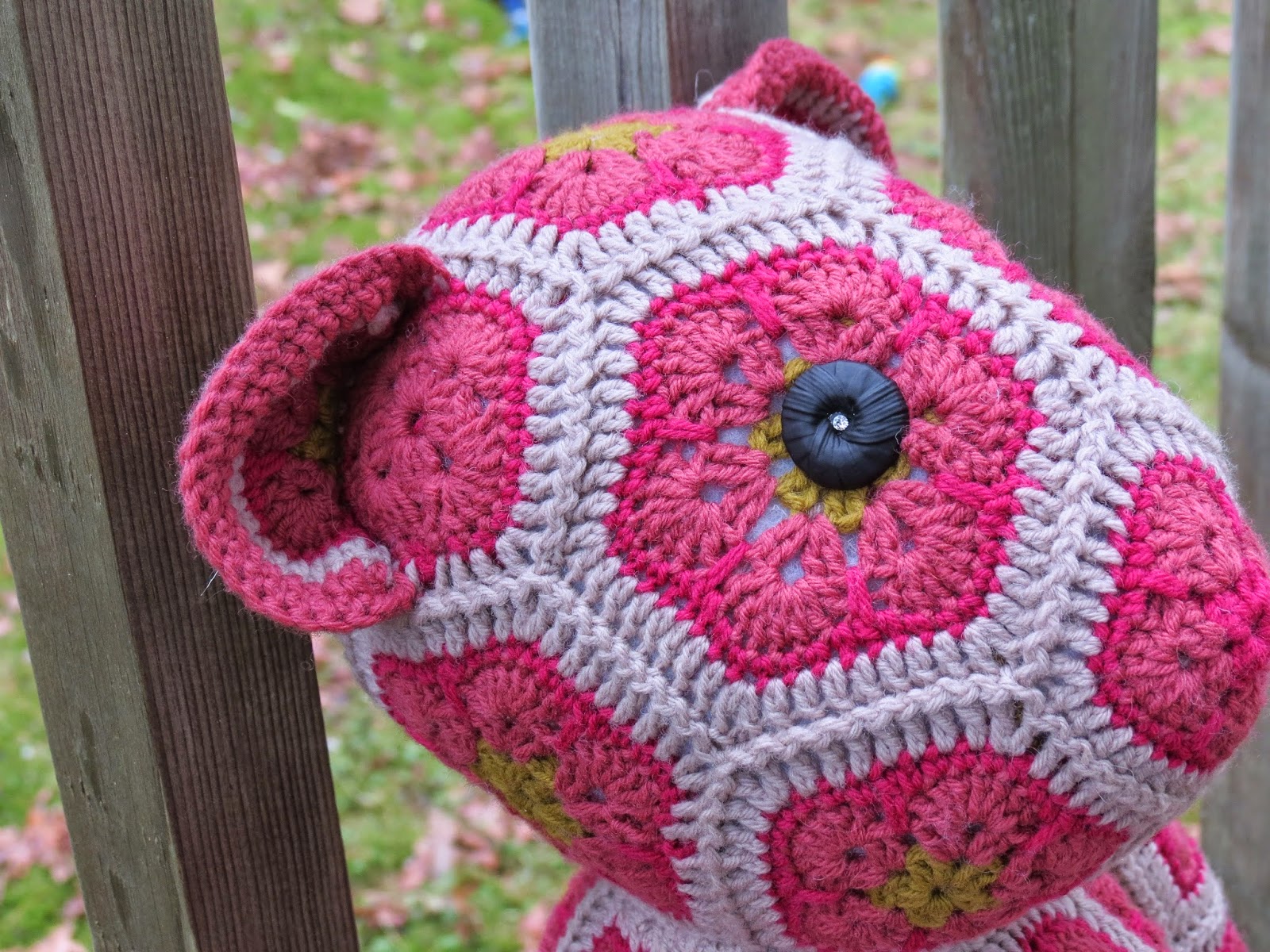 My mother opens her gifts on the solstice so I was out when she called. The message she left said something about not stopping laughing since she opened the package. Based on this photo, I would say that the gift was well-received. Better yet, my mother named it as soon as she saw it - Flora. And she mentioned that Flora needs some clothes. 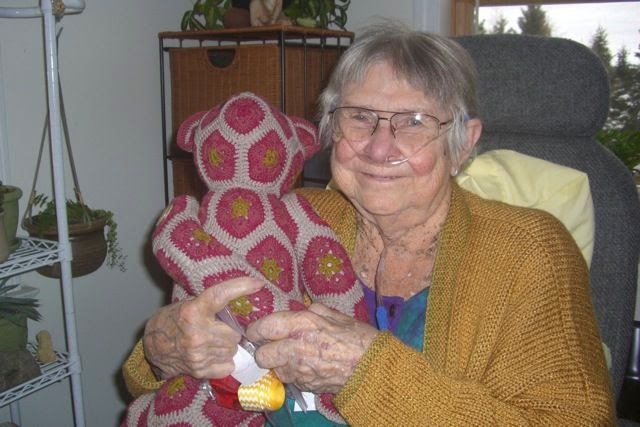 Posted by Christine Nielsen at 12:05 PM