I missed a garden update two weeks ago. Things are a little messy. Apparently fun has trumped pruning the tomatoes. And, like all local tomatoes, the plants have been slow to fruit and have a blight. A hailstorm and some severe wind on another day also beat them up. 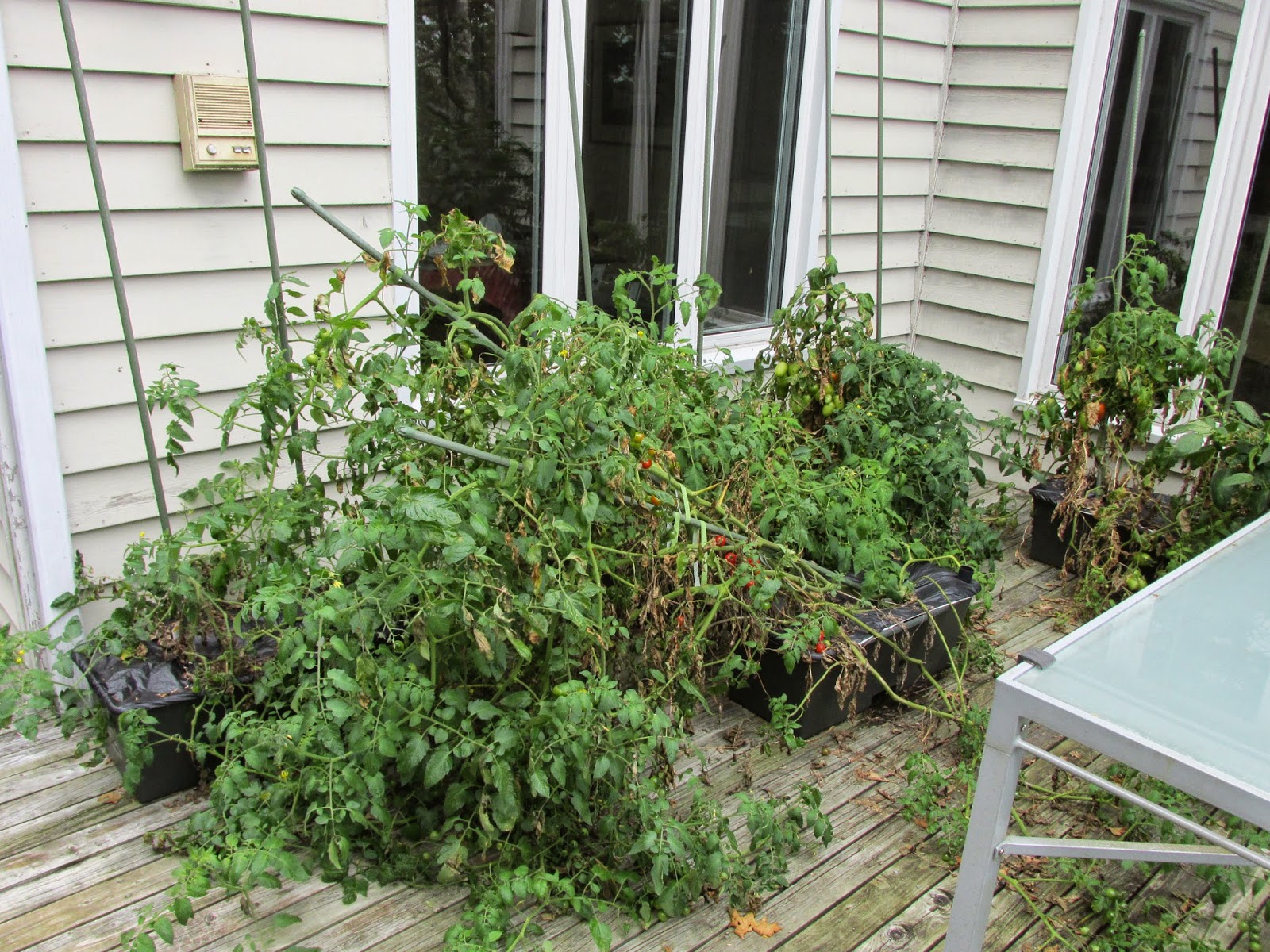 In spite of neglect and poor condition, the cherry tomatoes are now ripe and the Roma are colouring up. 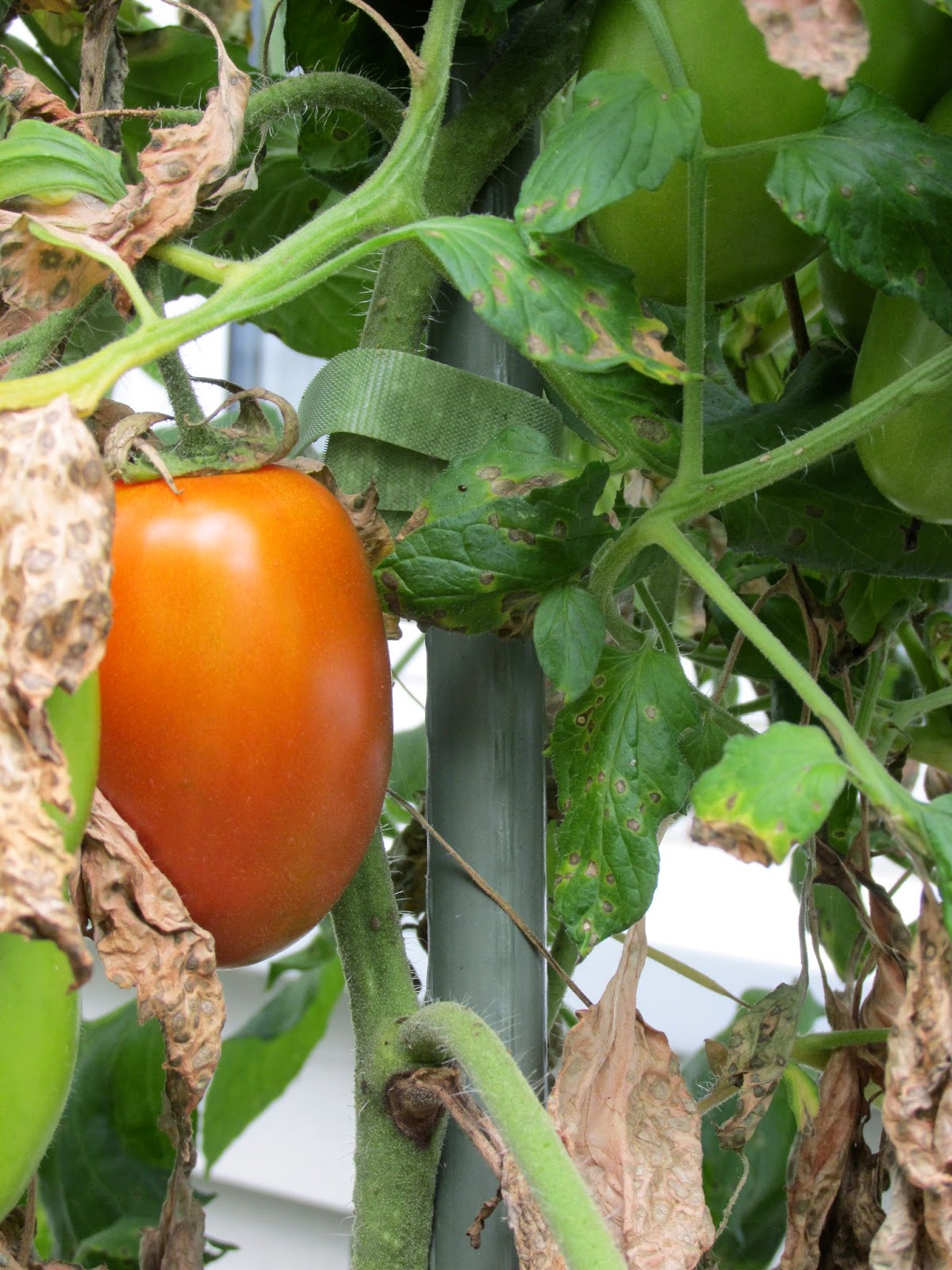 The peppers have stayed upright throughout. 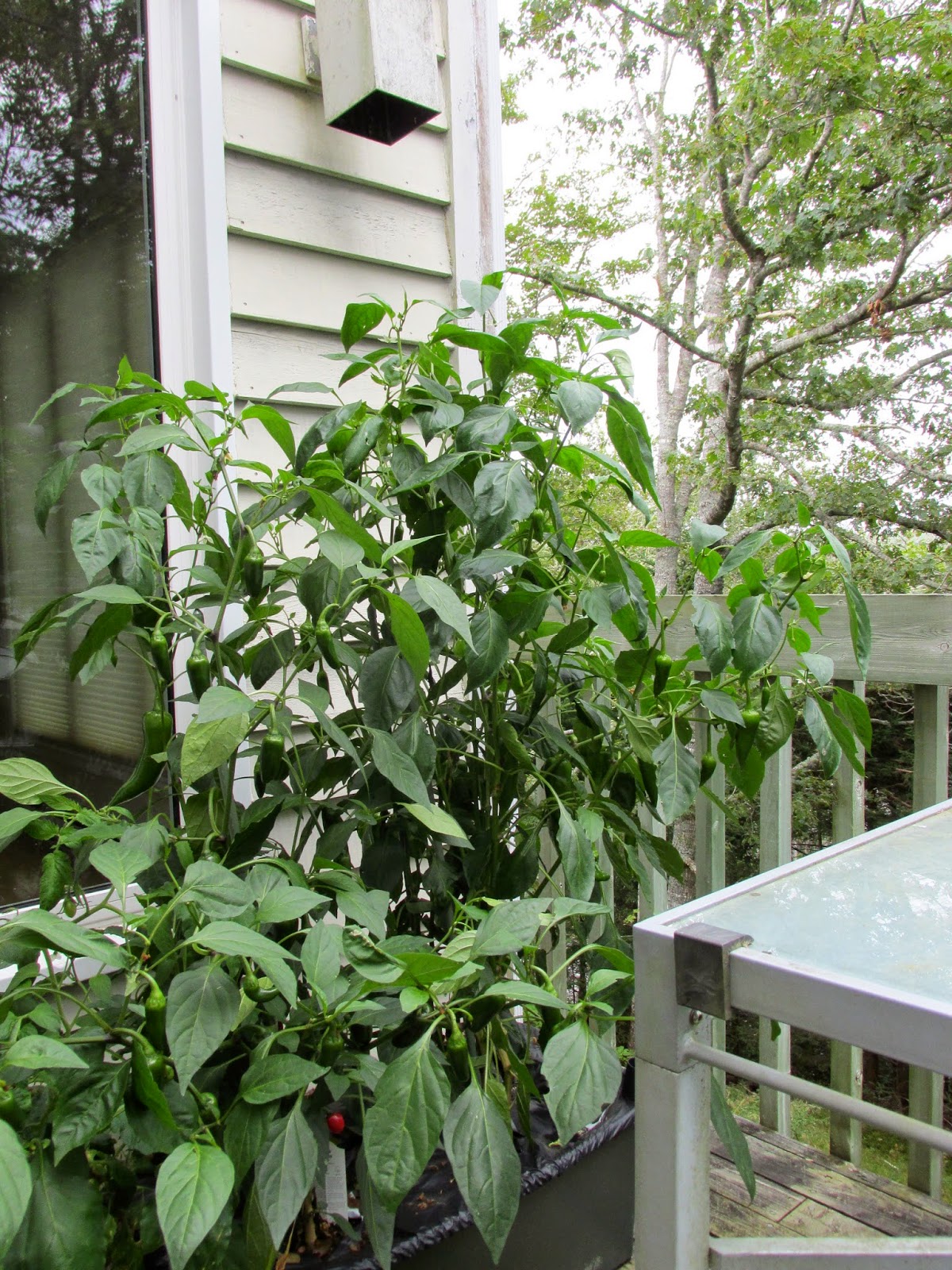 After a slow start to fruit set both varieties are now covered in peppers. 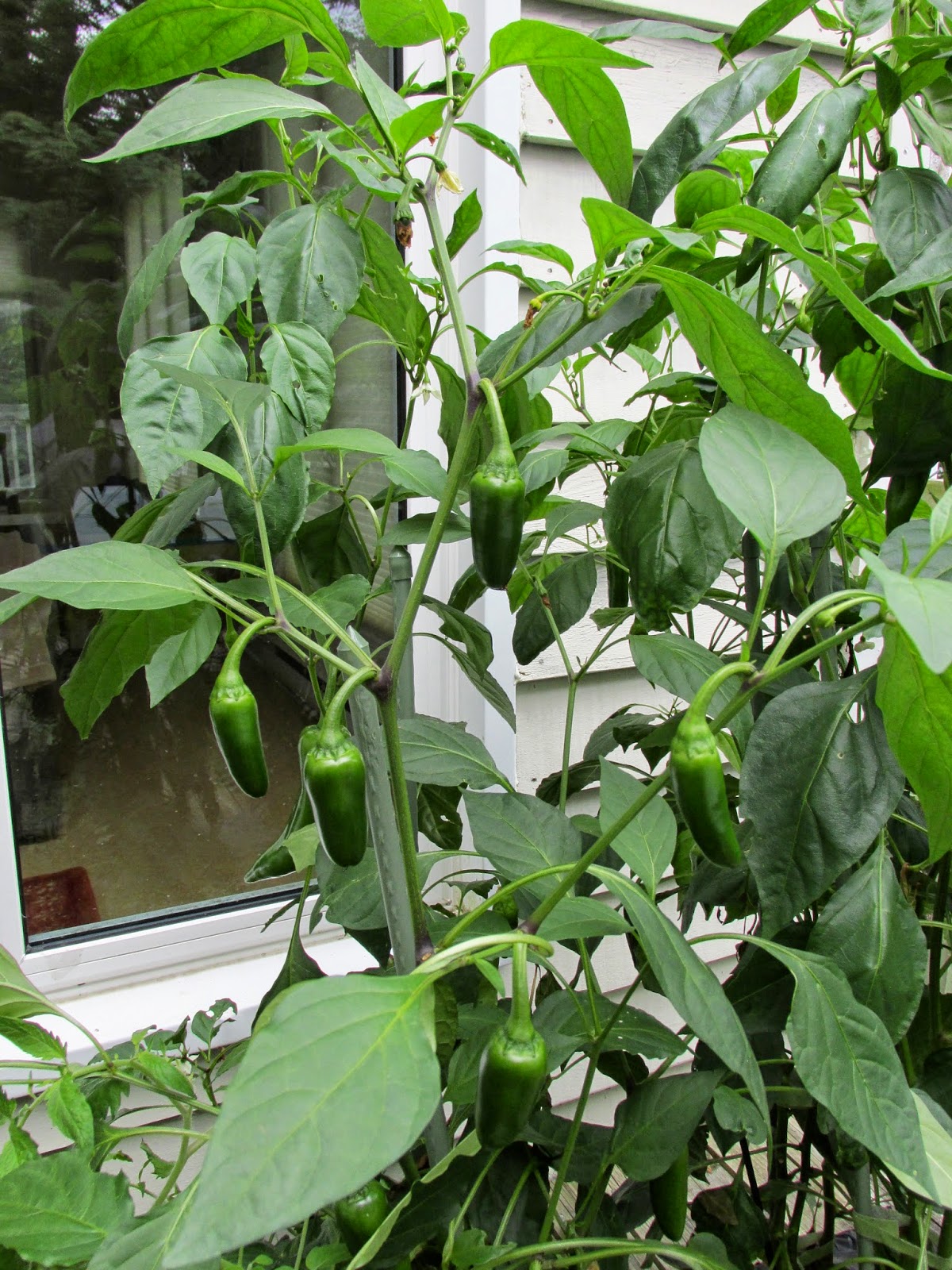 The basil went sideways during the hail and has never stood up again. 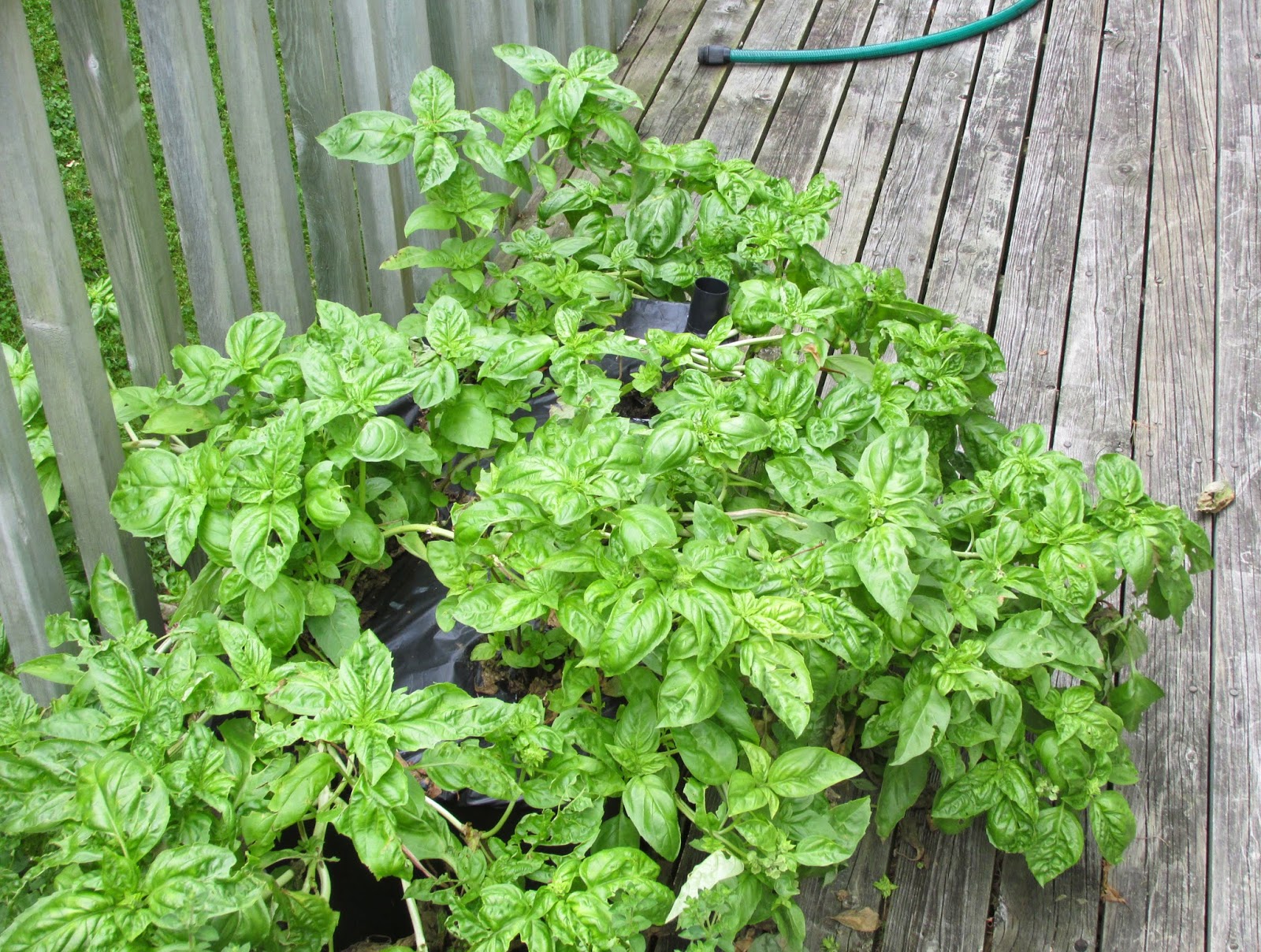 Posted by Christine Nielsen at 5:59 PM