Edited to add: In hindsight I should have titled this post 'Leafing behind my inhibitions'.

Nope. Nothing we created at FAB yesterday and today qualified as art. But it definitely qualifies as play, and play is important. When FAB first started I was a bit leery of the technique demos that are organized for most meetings. My thought was always "I don't want to do any of that in my own art." There were other things inhibiting my full-on participation. I didn't appreciate the role of experimentation or play or whatever other label might apply to non-directed work. And I felt a pressure to perform - to make something of value to others, not just me.

I am pleased to say that I have managed to leave (almost) all of that behind. On Thursday I did have a sense that I wasn't very interested in melting but I shoved that idea into the cupboard in the back of my head. I have now had too many experiences where experimentation with a technique led me to a new medium or idea. And that's what happened. I found a quick and very satisfying way to make repeated forms and will definitely be following up once an idea for a big piece occurs to me.

One of my favourite bloggers, Margaret Cooter, recently attended a five day contemporary crafts course (the first relevant post appeared on July 30, 2014). The participants dabbled in mark-making, textiles, basketry, jewelry and ceramics. I am certain that most of the course was 'play' for the participants. But I am equally certain that they took away insights and techniques that they will use in the years to come.


For those who are interested here's how I played. I melted lots of things - plastic bags of various weights, polyester chiffon, drapery fabrics of unknown origin, heavyweight Lutradur and a grey product similar to Typar using an iron (with parchment paper ) and light duty heat gun. I used acrylic paint both before and after heating. I was most attracted to the last two products so I focused on them. Pretty soon I could see leaves in the melted sheets and I began to cut them out. Then I painted them. I also ended up cutting leaf shapes from three colours of organza but don't know if those will ever be used.

On the left Typar after melting, on the right Typar leaves painted. 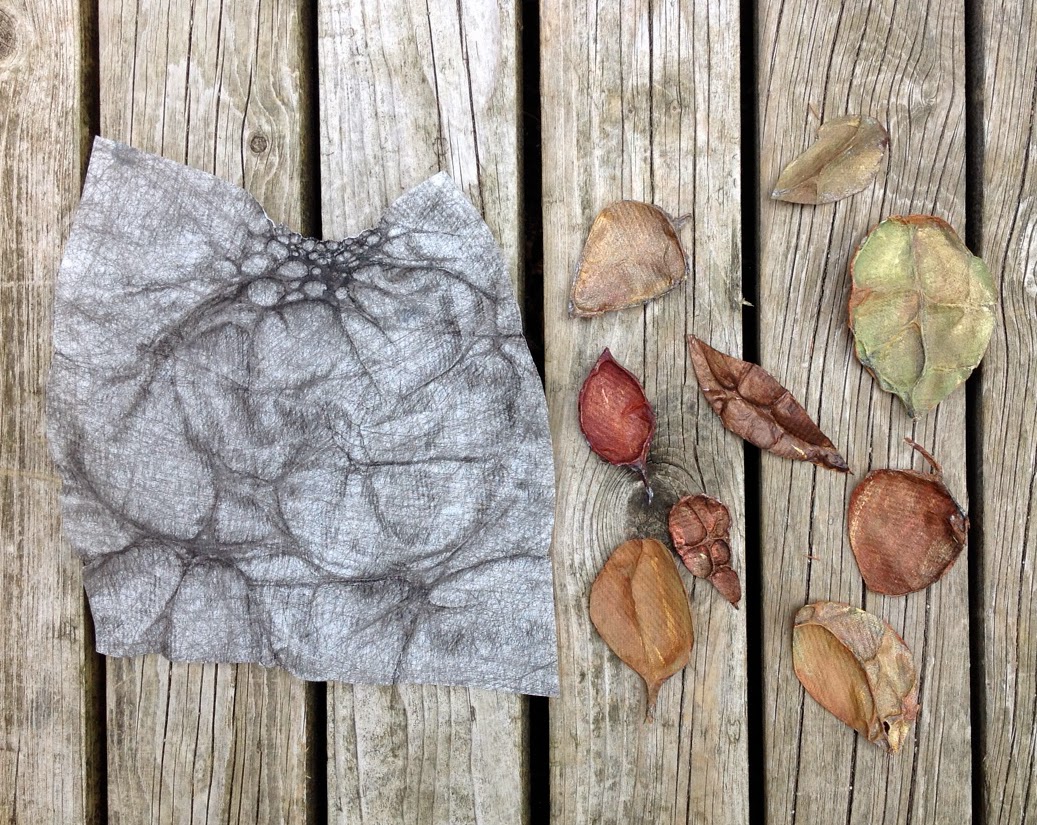 On the bottom heavyweight Lutradur melted with heat gun, on top painted leaves. 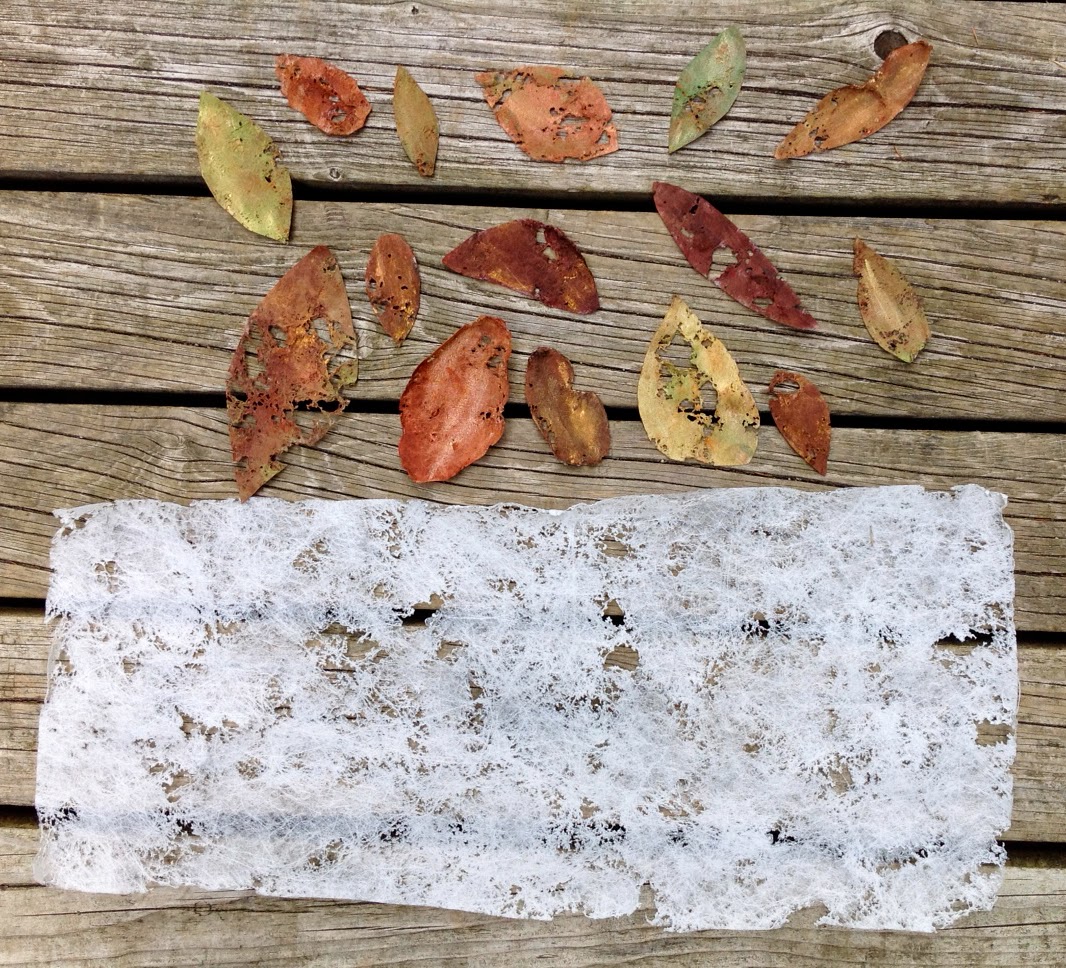 Kate Madeloso, who inspired our play this weekend, had the bright idea to put clear pigment ink and a coarse embossing powder on a sample of the Lutradur. 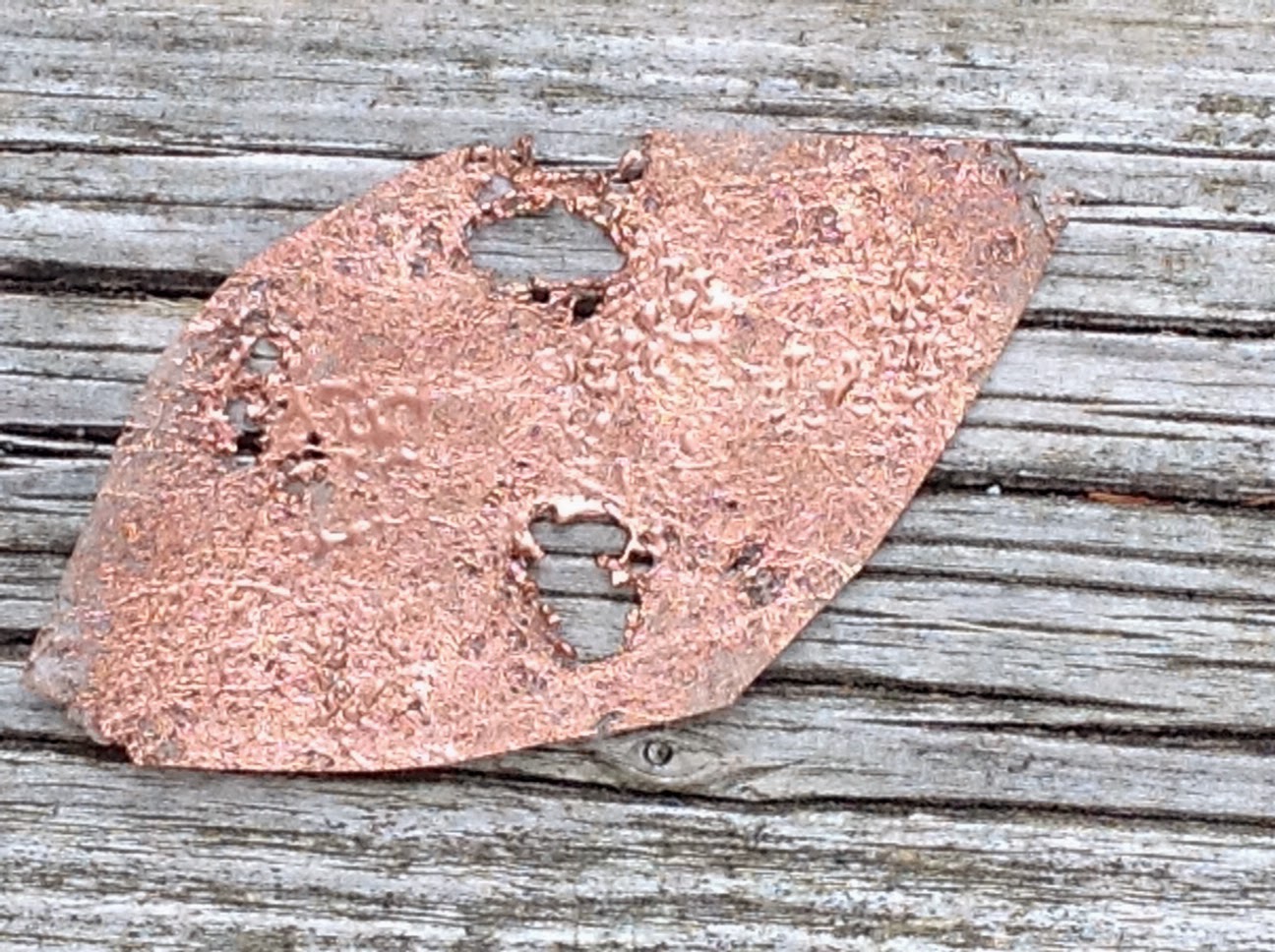 I will likely make more leaves and follow up with them in a project but my mind is spinning with the possibility of creating identical objects which are not identical. I'm not sure what shape I will choose but it probably won't be leaf-like.

As an aside to those of you who have your own art group, this was our first ever overnight meeting. I was struck by how much 'lighter' everyone felt. Not having to pack up and rush home to families made a difference from the outset of the first day.

We are all talented cooks as well. Out potluck dinner included quinoa and broccoli salads, vegetarian chili with cornbread, spanakopita, a cheesy cauliflower casserole, artichoke filled pasta shells and ended with pecan pie and carrot cake. 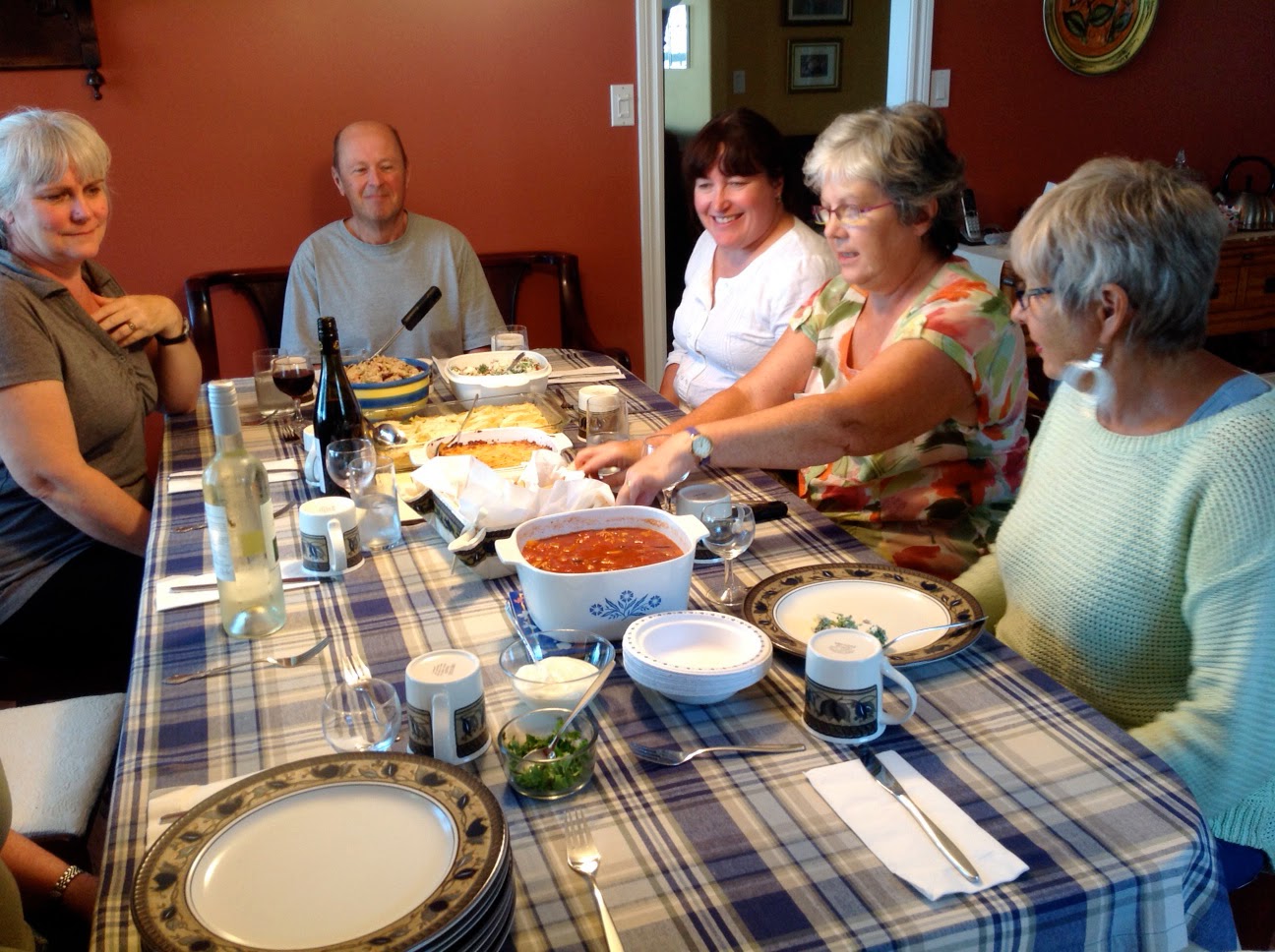 Posted by Christine Nielsen at 3:58 PM